How JCDecaux switched from Microsoft Dynamics to HubSpot CRM. 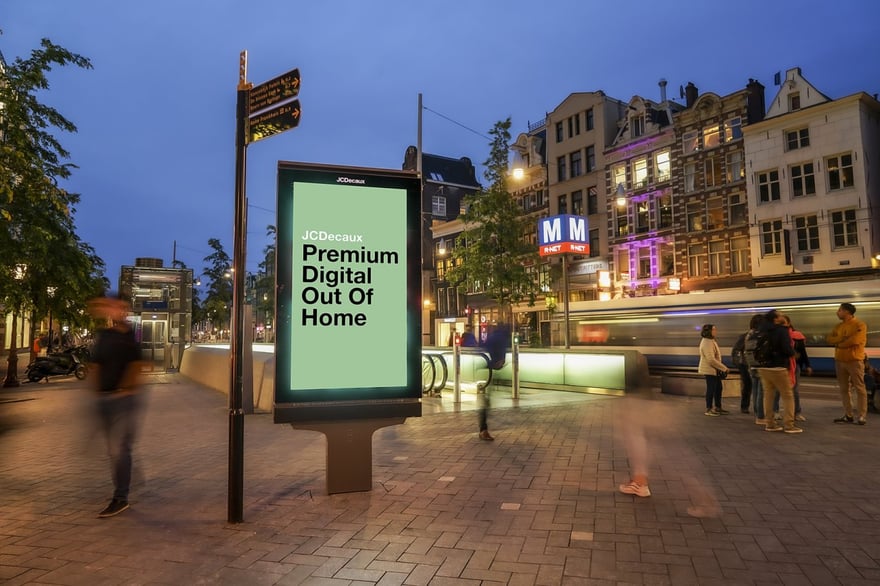 Over railways, along motorways, on escalators and at tram stops: JCDecaux's outdoor advertisements have dominated our streetscapes for years. Both at home and abroad, JCDecaux brings the ‘wow’ factor for the world’s biggest brands. With advertising space ranging from tram stops and billboards, to stickers on ferries and bus shelters. And much, much more. Often cross-media, and always with ample spin-offs. As market leader, JCDecaux has been operating in as many as 85 countries going back to 1964. In the Netherlands as well, JCDecaux offers visibility in the major cities, with a focus on the Randstad region. It enjoys exclusive partnerships with several municipalities. Simply put, JCDecaux provides cities with objects such as bus stops or waste bins in exchange for the opportunity to monetise these objects. With 4 branches, including the head office in Amsterdam, and about 170 employees, this firm runs annual campaigns in every corner of the country

As a result of the COVID-19 pandemic and the changing information needs of (future) customers, more pressure has been placed on commercial teams. The first quarter of 2020 was about quickly finding new ways to interact with current and prospective customers. Resulting in the rapid adoption of new sales and marketing tools, particularly those that many traditional customer relationship management (CRM) systems do not support.

Every year the Martech 5000 supergraphic maps out all of these tools. But we can say that this rapid change made it already outdated since it currently features over 8000 SaaS solutions for commercial support. The good news is that more and more commercial professionals are using these tools, but incorporating them correctly into existing processes and working methods: that’s another story. Won’t all these new tools create a fragmented landscape anyway? Still let teams work in silos? And does the current CRM system that organizations have today support these new concepts and other ways of working well enough? The conclusion is often quickly drawn: Old ways of working and systems stand in the way of using new technologies and all those new tools can cause teams to work in silos. But that’s really not necessary any more.

Among the players dominating the CRM segment in the Netherlands there are 5 providers that account for 84 per cent of the market. But are these companies ‘oil tankers’ or can they keep up with the rapidly changing needs of the market? And is the software sufficiently scalable for your organization? What should you pay attention to when selecting the right systems, so that nothing sands in your way? All questions that a lot of commercial teams ask themselves nowadays.

JCDecaux faced these same questions and challenges. In this case study we take a deep dive into how JCDecaux successfully migrated from Microsoft Dynamics to HubSpot CRM. We’ll describe their selection process, the role of various C-level positions in this process and discuss JCDecaux’s CRM roadmap. You will read everything about how they stepped away from the old “standard” and boldly chose a CRM platform that supports the best customer experience.

From simple Excel sheets to an intelligent CRM system

From simple Excel sheets to an intelligent CRM system

After years of keeping track of things in Excel, JCDecaux decided a couple of years ago that it was time to implement a CRM system. Why? Because the organisation’s data was scattered across several silos. This made it practically impossible for sales and marketing management to make use of key figures like Return On Investment and Customer Lifetime Value. It was time for a change. The purpose of the new CRM system? Higher turnover through data-driven decision-making.

The parent company was already working with Microsoft Dynamics, so the Dutch sales team decided to go for the same software. No time or effort was spared to ensure successful implementation. And yet... It fell short. Three years later the implementation was completed, but the CRM system was just collecting dust. The Excel sheets refused to yield, and everything went on just the same.

What went wrong in the user adoption? Bart de Vries, Commercial Director at JCDecaux, explains: ‘Our sales team consists of a lot of Apple generation professionals. They place high demands on tools, such as ease of use. It has to be fast, simple and ‘swipeable’, and meet young people’s needs. Microsoft Dynamics didn’t meet these needs. And as with any change, another issue was that we were changing something. People don’t like that. At least, not if the change didn’t help them get ahead. We went from simple Excel sheets to what users experienced as a complex CRM system. And from a situation where salespeople had a great deal of freedom, to one where everything was measurable, and in their eyes ‘controllable’. We faced a lot of pushback.

After three years struggling with the ‘new’ CRM, Bart decided to change course: ‘The need for a modern CRM system was obvious, but I no longer believed Microsoft Dynamics was the single definitive solution for JCDecaux. This was no easy choice for the organisation. Microsoft Dynamics does offer loads of functionality, but it just didn’t work out for us.’ The project wasted a great deal of time and money. ‘Tuition money as I like to call it. We learned a lot of valuable lessons, but knew the next CRM project needed a totally different approach.

A CRM system that works for users – not against them

A CRM system that works for users – not against them

JCDecaux went back to the drawing board. Starting with the search for a suitable new system. Unlike before, this time the entire sales team – 30+ employees – were involved in selecting the provider. Freshworks, Salesforce and HubSpot were selected for a demo, and asked to present the 4 main use cases for JCDecaux. The sales team evaluated each demo based on defined criteria to determine the best solution for JCDecaux. HubSpot came out on top.

Keep others in the loop

We optimize your commercial process with HubSpot CRM Platform. If not now, when?

Get our best insights and latest thinking in your inbox.